The plan to set up an art group followed a meeting in 1949 at Ellis Shaw’s house on Clough Lane in Grasscroft. The next year premises in an old weaving loft in Spring Street in Uppermill were rented for exhibitions and meetings.

In association with and funded by the Carnegie Trust many weekend schools were held here. Artists like Ruskin Spear, Joseph Herman and Kyffin Williams came to Saddleworth, for weekend classes, enjoying the hospitality of group members and visits to the local pubs.

In 1957 the first Saddleworth Arts Festival was opened by William Coldstream ( followed by a sherry party at the home of Lord Rhodes ) . As part of the festival the art group held an exhibition at Spring Street with invited guests including L.S.Lowry who was a regular visitor. Two of his works appear in the catalogue for the show, Piccadilly, Manchester, 1930. Price £26 and 5 shillings, and St. Michael’s Church, Angel Meadow. Price £27 and 6 shillings. 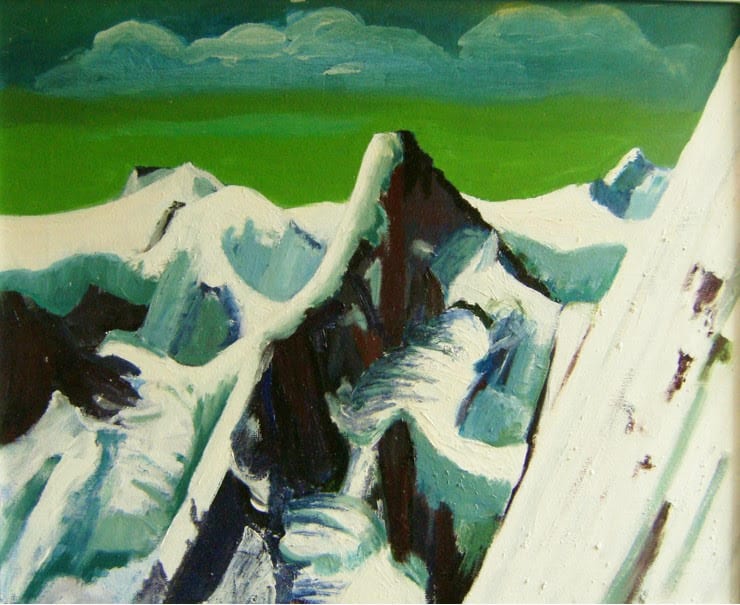